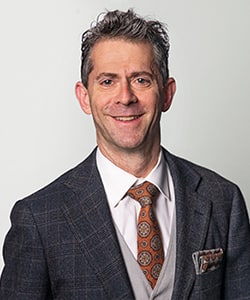 CAREY F. KALMOWITZ is a founding shareholder of The Health Law Partners, P.C. Mr. Kalmowitz graduated from New York University Law School in 1994 and from Vassar College in 1989.

Mr. Kalmowitz is admitted to both the Michigan and New York Bar. He practices in all areas of healthcare law, with specific concentration on the corporate and financial aspects of healthcare, including structuring revenue-enhancing transactions among physicians and other healthcare providers, certificate of need, compliance investigations, corporate fraud and abuse/Stark and third party payment and reimbursement. In addition, Mr. Kalmowitz also practices in the following areas of health care law:

Mr. Kalmowitz has written extensively on subjects across the spectrum of health care law, including, co-authoring a monthly column in the Association for Medical Imaging Management's (AHRA) publication, Link, regarding up-to-date legal issues relevant to imaging providers and suppliers.